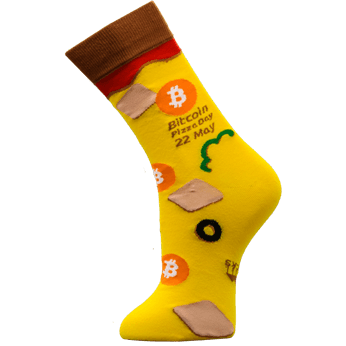 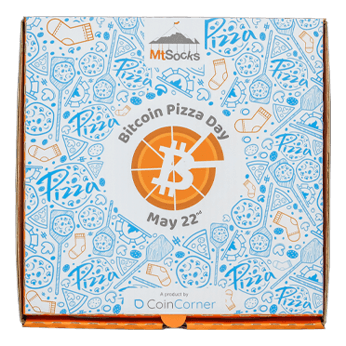 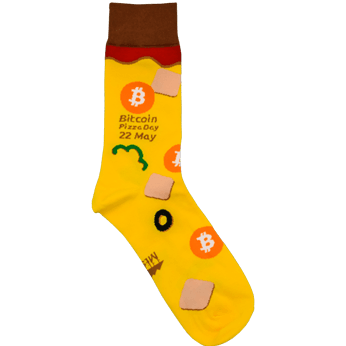 Bitcoin has many defining historical moments, including Bitcoin Pizza Day - the legendary day that the first known Bitcoin transaction for a consumer product was made.

Our Bitcoin Pizza Day sock commemorates the time that a Florida man, Laszlo Hanyecz, offered to pay for two large pizzas with Bitcoin on the bitcointalk forum. A few days later on May 22 2010 he commented back on his thread: “I just want to report that I successfully traded 10,000 bitcoins for pizza”.

Laszlo, or “Bitcoin Pizza Guy” as he’s been dubbed, paid Jeremy “jercos” Sturdivant in Bitcoin for two Papa John’s pizzas. By today’s Bitcoin price ($6-$7k), those pizzas would be worth over $66 million!

The pizza purchase became a milestone moment for Bitcoin adoption and it’s been celebrated by Bitcoin enthusiasts every year since. This year marks the 10th anniversary of Bitcoin Pizza Day - Bitcoin has grown rapidly over the last 10 years, with many businesses around the world now accepting Bitcoin as a payment for goods and services.