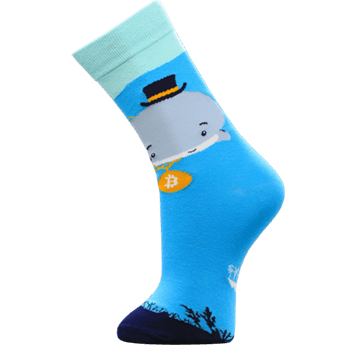 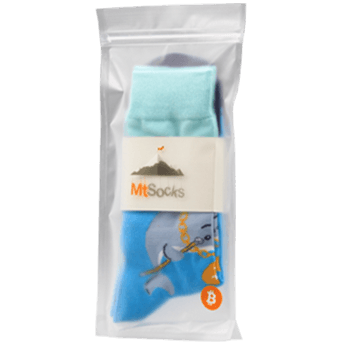 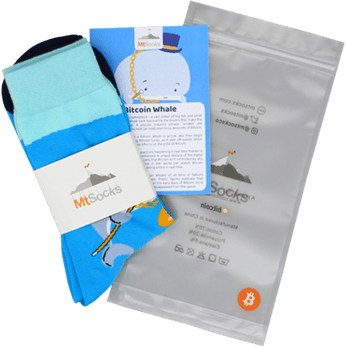 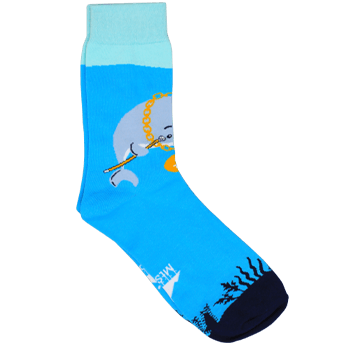 Bitcoin has its own marketplace - a vast ocean of big fish and small fish buyers. Bitcoin Whale sock represents the buyers that make the biggest splash of all. A popular industry phrase, “whales” are people/institutions who hodl (or hold) enormous amounts of Bitcoin.

It’s easy to spot when a Bitcoin Whale is active, aka they begin buying, selling or moving Bitcoin funds, as it sets off waves which often have ripple effects on the price of Bitcoin.

One of the most famous Bitcoin whales of all time is Satoshi Nakamoto - the creator of Bitcoin. Public figures estimate that Satoshi mined one million bitcoins in the early days of Bitcoin, none of which have moved since he disappeared from the space.

Whether you’re a whale or not, make a splash with our awesome Bitcoin Whale sock - the perfect addition to your sock collection.