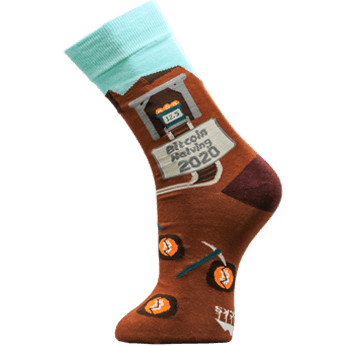 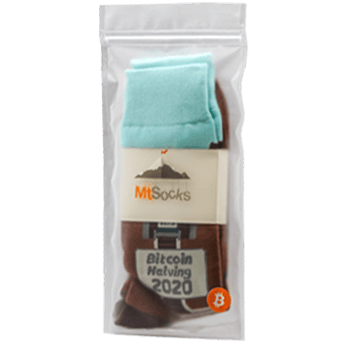 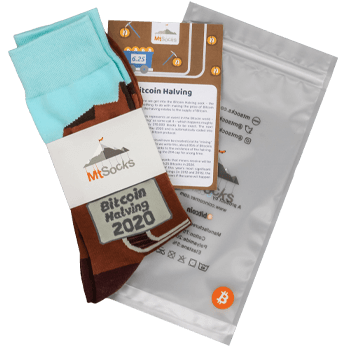 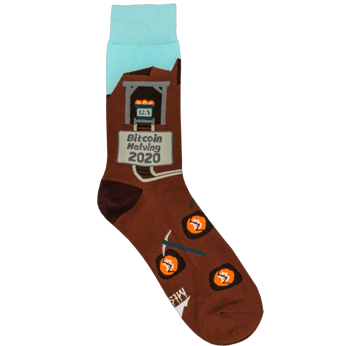 Let’s myth bust before we get into The Halving sock - the Bitcoin halving has nothing to do with making the price of Bitcoin halve. Far from it, the halving relates to the supply of Bitcoin.

The Halving sock represents an event in the Bitcoin world - the “halving” or “halvening” as some call it - which happens roughly every four years or every 210,000 blocks to be exact. The next halving will take place in May 2020 and is automatically coded into the Bitcoin protocol.

By design, only 21 million Bitcoin will ever be created (via the “mining” process) as it’s a finite supply. As we write this, about 85% of Bitcoins have already been mined, but thanks to the existence of the halving, we won’t be close to reaching the 21M cap for a long time.

The Halving sock is a memento of this year’s most significant planned event in Bitcoin. After past halvings (in 2012 and 2016), the Bitcoin price has gone up - but no one knows if the same will happen again this year!